Love the new Volkswagen (VW) slogan, as we might have known VW’s previous tagline that launched 2003 was “Aus Liebe zum Automobil,” yes it’s german, meaning “For the love of the Automobile”. And since 2008 (CMIIW), its change to “Das Auto ” meaning” The Car ” and it’s way better than previous one :). In my opinion this Ads is one of the best commercial, its create strong value, consumed easily, and emotionally connected to their brand personality. 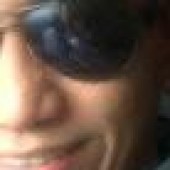